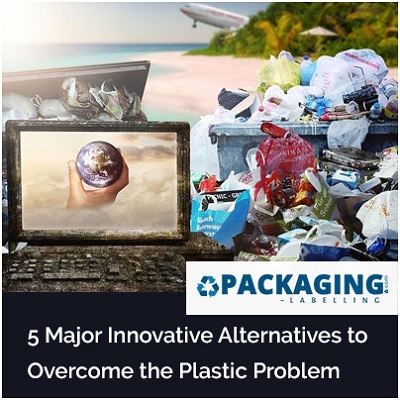 One of the biggest challenges that the world is facing right now is a plastic problem. Ever since the invention of different routes for the production of polymers from petrochemical sources, the plastics industry has developed considerably. However, plastics have substantial benefits in terms of their durability, lower cost, and low weight relative to many other material types. As per a survey conducted by Kantar, 25% of consumers are extremely concerned about plastic packaging, while 42% think manufacturers should prioritize making packaging recyclable, and 21% think the industry should work toward entirely plastic-free packaging. This versatile material is everywhere on our computers, clothing, appliances, and much more. Most of the manufacturers favor this plastic material because it can last for years and is easy to mold into practically any form. Despite these benefits, plastics can also harm the environment. Nowadays, plastics are almost completely obtained from petrochemicals produced from fossil oil and gas. Avoiding plastics can be pretty challenging, in our plastic-filled world. But, finding alternatives to common items like plastic bottles and plastic packaging is becoming increasingly easier. As a result, suitable alternatives have been started by researchers to develop sustainable alternatives that will reduce our dependence on traditional plastic.

Take a look at some of the major innovative alternatives we have compiled to overcome the plastic problem.

A) Liquid Wood  - An Alternative to Plastic Problem

An exclusive type of biopolymer is also referred to as bioplastic, called liquid wood. These materials offer both the appearance and function of traditional plastic, but, unlike petroleum-based plastic, they are biodegradable without the harmful environmental effects. This particular biopolymer comes from pulp-based lignin, a byproduct, and a renewable resource that comes from paper mills. To create liquid wood, manufacturers mix lignin and combine it with water, and place it in an environment with strong heat and pressure to create a moldable composite material that's strong and non-toxic. This changes the lignin into a composite substance that's flexible enough for the manufacturer to form into any shape, but also highly durable. German researchers have already used liquid wood as a plastic substitute for a variety of items including children's toys, golf tees, and containers for speakers.

Since it's made from wood byproducts, it's also easy to recycle. As such, liquid wood is quickly becoming the go-to alternative for several traditional petroleum-based products. This could possibly be the biggest benefit of liquid wood.

B) Silicone - Another Substitute for Plastic Problem

When looking to create more eco-friendly products, few companies are also using silicone in lieu of plastic. Similar to rubber, Silicone shares many of the same characteristics of plastics, including its capability and pliability to withstand both water and heat. However, it possesses durability that's far greater than plastic, which makes it excellent for various applications, particularly in the manufacturing and healthcare field. Could you imagine how much trash you would avoid accumulating if you didn't have to throw out plastic sandwich bags? The silicone food bags, made from 100% pure platinum silicone are fully functional, self-sealing, and most importantly, non-plastic. They are leak-proof as well as airtight. Besides, an elegant alternative to aluminum foil or stretch wraps that are so common is silicone stretch lids. With these silicone lids, you'll save money from having to buy Tupperware in all kinds of sizes and you don't even have to worry about starting a fire by putting them in the microwave. As they're made of silicone, they can go there, as well as in the regular oven, and freezer.

Silicone is also an excellent alternative for household plastics such as plastic wrap and also a substitute for various other plastic-based products, including baby bottle nipples and insulation.

There was a time once when most people used glass containers to hold their drinks and food products. The time has changed now. Although the world has moved on in favor of plastic, glass still remains the more sustainable alternative. As opposed to plastic, which often is derived from fossil fuels, glass is made from sand. This makes it free of potentially harmful chemicals and cannot leach into your food or body. Moreover, it's easily recycled an infinite number of times- makes it easy for the manufacturers to turn old glass bottles into new ones and other products. Besides, the glass in jars and bottles can be reused endlessly, without any loss in purity and quality. Recycled glass was welcomed by glass manufacturers because when it's used as an ingredient in making new glass, it requires less energy in furnaces.

Compared to plastic counterparts, glass products may cost more. But, they last longer and have a small environmental footprint.

Starchy plants have become another popular source for sustainable plastics, as a totally low-cost, biodegradable, renewable, and natural polymer. Usually, the material used is corn, which manufacturers can process into a polyester called polylactic acid (PLA). As the name suggests, this material is prepared from the lactic acid produced when corn undergoes wet milling. Utilizing PLAs, manufacturers can produce virtually any product or packaging that would generally be made of plastic. Because of their ability to fully biodegrade within a span of 47 days under industrial composting conditions, these polymers are particularly favorable. Besides, they do not let off toxic fumes when they burn. To make completely biodegradable plastics, starch is usually blended with aliphatic polyesters, such as PLA and PCL, and polyvinyl alcohol. Adding in starch also cuts down plastic manufacturing costs. But, the starch content must exceed 60% of the composite before it has a major effect on degradation. As the starch content rises, the polymers become more biodegradable. PLA is quite similar to the polyethylene used in bottles, packing materials, and plastic films. It can also be used as a substitute for the polystyrene used in foam food containers and plates and plastic cutlery. Unlike conventional petroleum-based plastics, PLA has some major advantage that it's quickly biodegradable under the right conditions.

PHA (Polyhydroxyalkanoate) (PHA) polyesters - The two main members of which are polyhydroxybutrate (PHB) and polyhydroxyvalerate (PHV). These biodegradable plastics resemble closely to man-made polypropylene. Unlike petroleum-based plastics, they're still less flexible and you can find them in plastic films, packaging, and injection-molded bottles. The PHAs biodegrade via composting and are used in a variety of products including a disposable package for beverages, foods, and several consumer products. Besides, they are also being used in medical applications such as sutures, and to make the agricultural foil used to store hay bales.

Polycaprolactone  (PCL) Polyesters - These aren't as versatile as aromatic polyesters such as polyethylene terephthalate (PET), which is generally used to make water bottles. But since they are completely resistant to microbial breakdown, a lot of time and effort is needed into finding viable alternatives in aliphatic polyesters. Take PCL, a synthetic aliphatic polyester that isn't made from renewable resources, but it degrades after 6 weeks of composting. It's processed easily, but due to the manufacturing costs, it hasn't been used in significant quantities. However, the cost reduction can happen when PCL is blended with cornstarch.

Sutures and biomedical devices are already made of the slow-degrading polymer, and tissue-engineering researchers also use it too. PCL also finds its applications for food-contact products, such as trays.

The US Department of Agriculture has developed a novel method for creating a unique film out of milk proteins. In general, their primary focus was on the protein casein, which is found in abundance in milk. The scientists believed that it could help produce a biodegradable material that matches the compressibility and stiffness of polystyrene.

Scientists have formulated a way to make the protein less susceptible to cracking. All thanks to a silicate clay called sodium montmorillonite. They infused the porous network of clay with casein plastic by freezing sodium montmorillonite into a sponge-like material called an aerogel. And the result obtained was quite unbelievable! Generally, a polystyrene material when put in a dump environment starts to degrade completely. However, the modern milk-based plastic doesn't crack as easily and all the credit goes to that silicate skeleton, and they even made the stuff less toxic by replacing glyceraldehyde for formaldehyde during the entire process. Moreover, the material obtained was edible, which implies that packaging made from it could be completely removed from the waste stream.

We have tabulated a few plastic products that can be replaced right away as an alternative to it!

Eliminating plastic not only cuts down your own contribution to the waste stream, but you are developing more sustainable living for those around you. Help in spreading the word on how important it's to reevaluate our routine habits and what we expect from the companies we purchase from. Companies will continue to respond and the huge increase in plastics use can add a reversal as demand for more sustainable business practice grows. 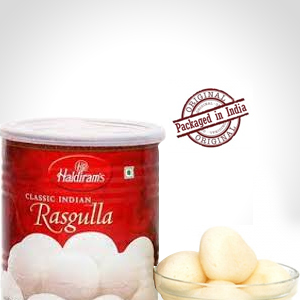 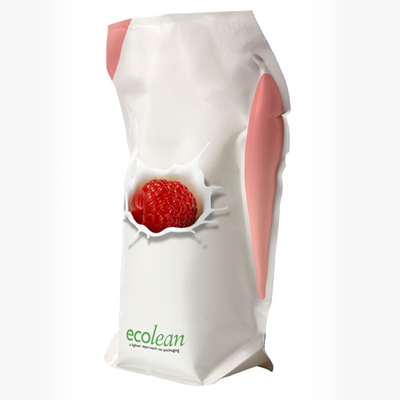 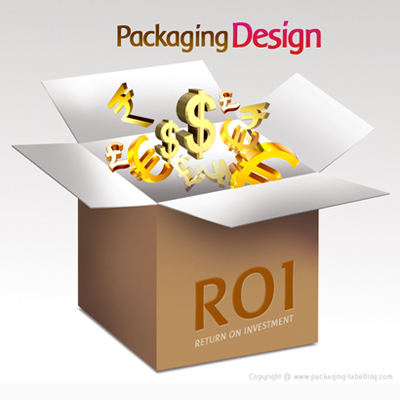 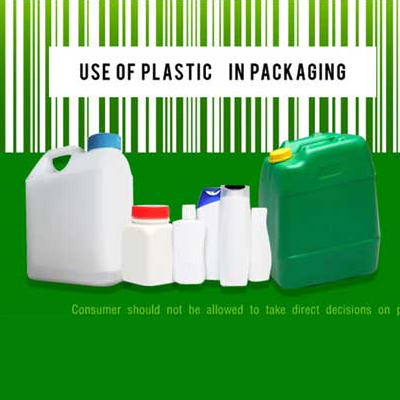 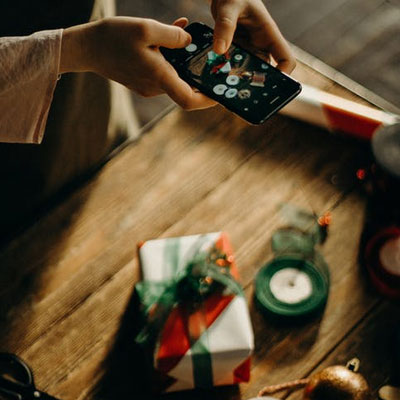 Digitization in packaging industry is revolution for better opportunities